A Standard Semen Analysis is undoubtedly a very important test for evaluating the male partner during an infertility workup. However it does not provide information regarding all the functions that are associated with sperm, e.g the DNA Integrity of sperm. Neither is the Standard semen analysis sufficient for predicting the Male fertility potential in many cases.

One of the most important function of a sperm is to carry the Male genetic material packaged tightly as DNA and deliver it to the oocyte. The Sperm DNA Fragmentation  or SDF Test measures the quality of DNA packaging in a sperm’s head and hence is a very important test that measures the fertility potential of a sperm.

What is DNA Fragmentation?

DNA Fragmentation and Denaturation ( denaturation – process during which protein loose their shape and function due to external stress) adversely affects Fertilization and Embryo development.

How does DNA fragmentation affect Fertility?

High DNA Fragmentation can be a reason for Infertility. It is observed that infertile men have greater extent of damage to sperm DNA as compared to their fertile counterpart. It is also noted that if such DNA damaged sperm fertilizes an oocyte, it can increase the risk of genetic diseases in the offspring. However, some degree of SDF can even be observed in men with normal semen parameters.

When should Sperm DNA Fragmentation be tested?

The current semen analysis test is unfit in identifying the DNA Integrity of sperm. One should test the degree of DNA Fragmentation in sperm in the following cases:
• Unexplained Infertility
• Early and Recurrent Pregnancy Loss
• IVF / ICSI Failures
• Borderline Abnormal or highly Abnormal Semen Analysis Report

Sperm DNA Fragmentation can be a useful tool in predicting reason for Male Factor Infertility and often explain the cases of “Unexplained Infertility” giving name to the unknown.

What are the treatment options available for high DFI?

Anti Oxidant Treatment / Therapy
Usually a combination of anti oxidants, multivitamins and micro nutrients (Combination of
vitamins A, E and C, often coupled with Zinc, Selenium, L Carnitine) is given for 2 to 3
months.This is to be taken in consultation with your Andrologist (Male Infertility Specialist).

What if the DFI does not improve ?

If DFI does not improve inspite of all these measures, micromanipulation-based sperm selection ICSI or TESA / TESE should be used to improve chances of conception and continuation of pregnancy.

What is the cost of DFI Test?

Please refer to the Quick Reference Chart for Pricing of DFI Test at Indore Infertility Clinic.

How to prepare before DFI Test?

Ensure appropriate duration of abstinence of 2-3 days
Preferably to be collected at the fertility clinic. If home collection is unavoidable, sample is
to be transported at body temperature and should reach the lab within 30 minutes of
collection.

It is always better to pre book an appointment for the sake of convenience. 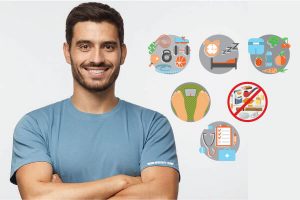